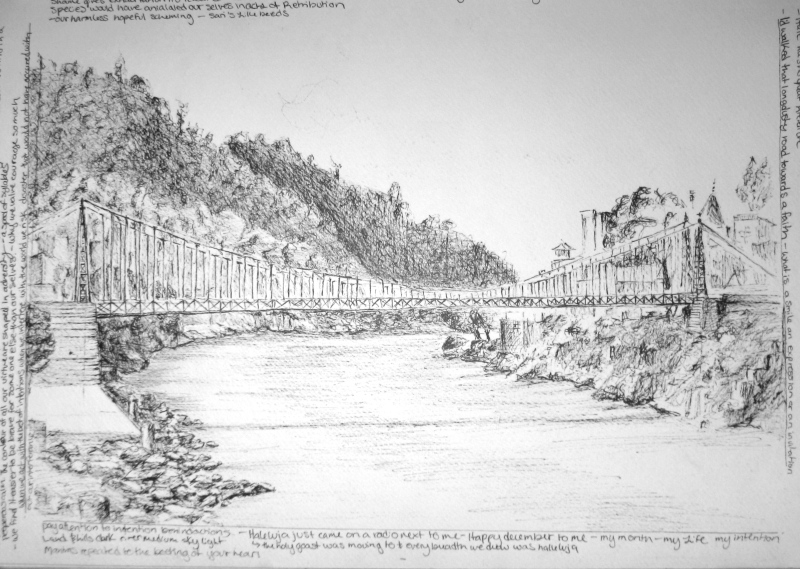 Rishikesh India, I have been struggling to find a way to describe this place so I will start with a story that happened to me about fifteen minutes ago:

I walked down to the shore of the mother Ganga, Ganges river, to watch the sunset. As the sun sank, red into the polluted horizon, the river lit up glowing gold, reflecting the sky. Devout Hindus come down to the waters edge every night to preform puja, a ritual offering to the great river and all the gods she represents. They chant and burn elaborate candles moving them in a clockwise motion over the water.

As an outsider not understanding but admiring the tradition, I sat alone watching on the beach. An old woman came up from behind me and asked me how old I was. I told her I was 23 and she cracked up, pointing and saying something in Hindi to a young man behind her. Then with a huge grin on her face she told me that she and the man, who was too shy to come talk to me, had placed a bet on how old I was. He thought I was 30 while she had guessed 24…(I think I’m looking old these days).

She and I sat and talked for the next hour as it got dark on the banks of the river and tiny fires popped up glowing along the banks. She told me she was a Sadu and the only woman Sadu in Rishikesh. Sadu’s are religious wanderers who renounce all earthly possessions in pursuit of a life dedicated to a pure relationship with god. They where saffron colored robes and number in the hundreds if not thousands in Rishikesh. We talked about her life living under the bridge and how it was difficult but that it was one of light and dedication to god. We talked about how the stars were strong pure souls who had passed looking down on us. We chatted about Indian politics and the rampant corruption in which it thrives. She was very well informed and taught me much of the recent political history of which I was ignorant.

She laughed easily and had me laughing with her. When I told her I had to go meet my friends for dinner. She took my hand and lead me over to one of the men in white linen preforming puja in the river. She reached her cracked hands into her pocket and pulled out 4 rupees (8 cents) she gave them to the man. She then took my right hand and put it on my head and look my left and showed me how to pull the smoke towards me so it blew over my hair and face. She then took a couple of the small rice candies out of the center of the candle holder and told me to eat them. I did. Then she told me get out of here in a silly stern tone.

I read a line recently  “there is no act more beautiful than the generosity of the very poor.” This woman took money that could have been her dinner and used it instead to give me a blessing from mother Ganga. 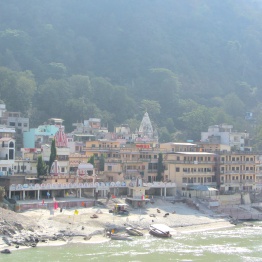 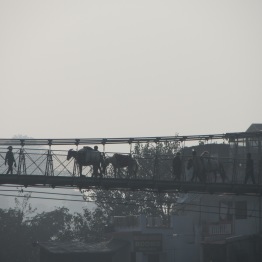 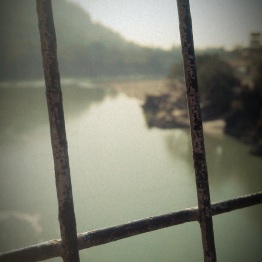 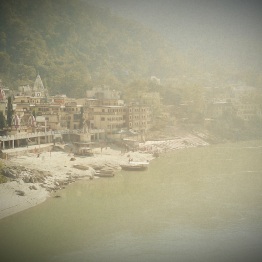 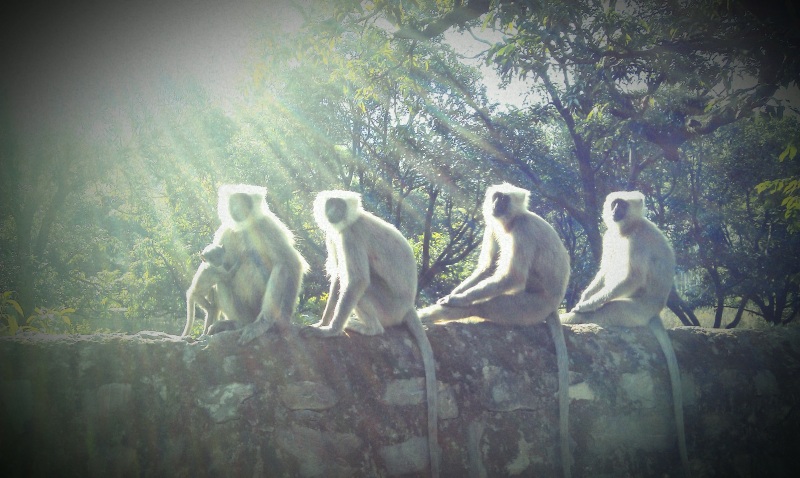